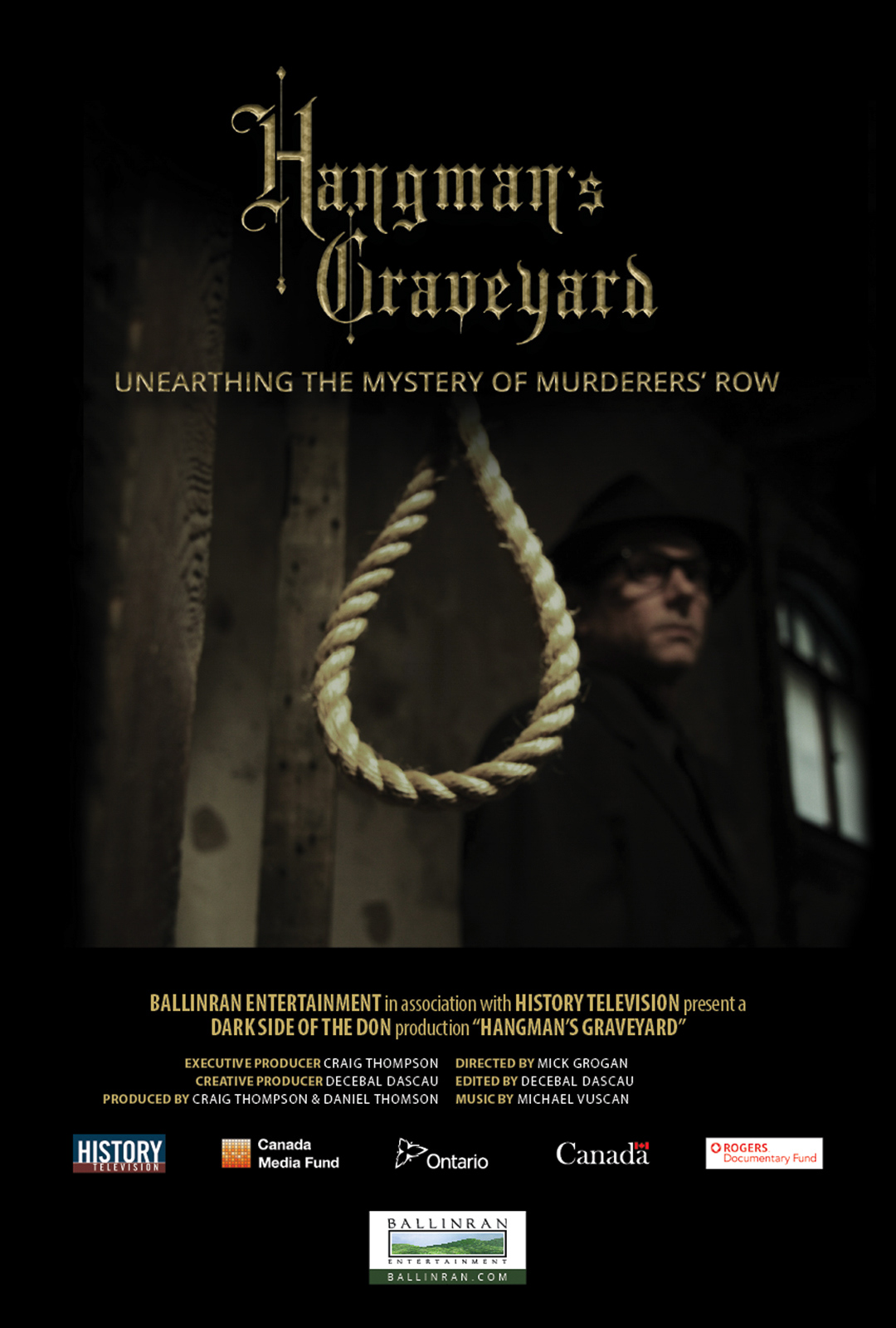 Hangman’s Graveyard is a dark and haunting tale of rogues, rakes and villains and a modern day investigation to uncover and identify the remains of inmates executed at Toronto’s notorious Don Jail. Inmates who were unceremoniously buried in the Murderer’s Graveyard directly behind the jail, in some cases buried mere feet from where they met their maker at the end of the hangman’s noose. Who were these men? What were their crimes?